Remember my hoop house? Remember my palpable excitement and hope for summer vegetables well into the winter?

Sadly, it was not meant to be.

I think I severely overestimated the hoop house’s ability to store heat. I’d read so many warnings about overheating, I made sure to leave the ventilation flaps open when the sun was up. On the night of the first frost, I dutifully went down (after the sun had set) and closed things up snugly. It was dark, so I don’t know if my plants were already dead when I tucked them in for the night, but it’s a pretty striking image.

In retrospect, it makes sense that if the air inside the hoop house is cold when you close it up at night, it’s not going to heat up much. Plants produce a tiny bit of warmth when they respire, but nothing like a breathing animal would.

I remember covering blueberry bushes with my dad to protect the blossoms from late spring frost, and I was under the impression that this would have a similar effect. I think the difference is that we draped sheets over the blueberries, making a barrier directly between the blossom and the cold air, blocking heat transfer. The hoop house is a big room, with lots of head space for cold air to swirl around.

We also covered the blueberries before the sun set.

The pepper plants, though wilted, still kept their vivid green color. I thought maybe they could be saved, until I actually touched the peppers.

The eggplant plants were stone dead, but the fruit fared better. I managed to salvage three small ones.

I left the plants in the ground for a week in case of a miracle, but none came. The cold weather plants, of course, don’t know what all the fuss is about and have been doing fine. With any luck I can keep them going and the hoop house won’t be a total bust. Going all-in on greens and roots, I ripped out the frosted plants and sowed some seeds. They came right up! I have tiny lettuces.

And tiny radishes. I’m a little worried about the shortening of days. Even if they’re warm enough, these guys may not have enough sunlight to grow. We’ll have to wait and see.

Funnily enough, the plants that did survive were only an afterthought. I brought all my healthiest specimens down to the “safety” of the hoop house, but they wouldn’t all fit. 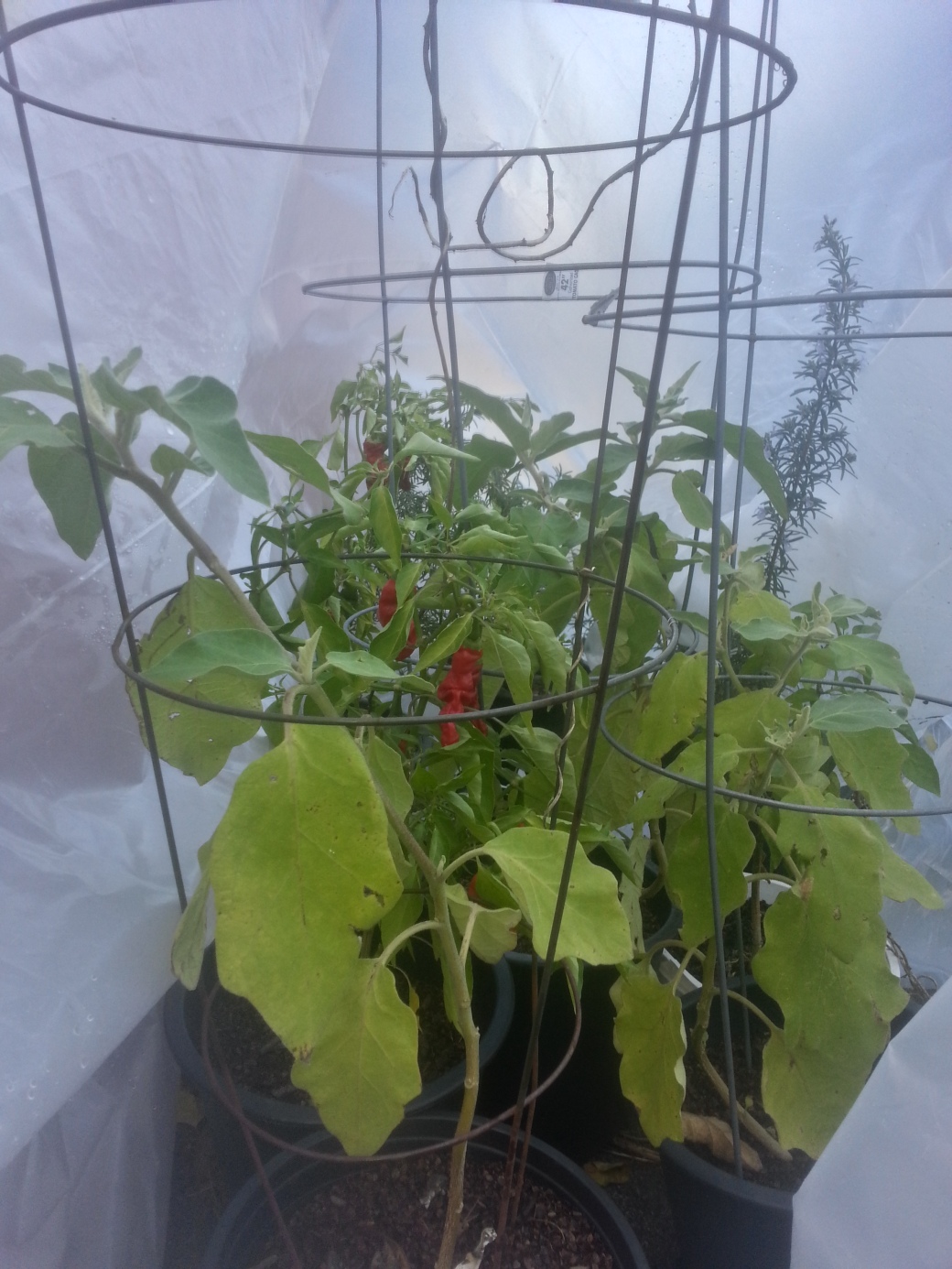 The scragglers had to stay up by the house, where I hastily covered them with the leftover plastic the day before the frost to give them a fighting chance. I didn’t attach the plastic tightly, and they had air circulation all night. They also had something I never even considered: a shared wall with our house. They made it through the first frost and subsequent frosts with no problem. 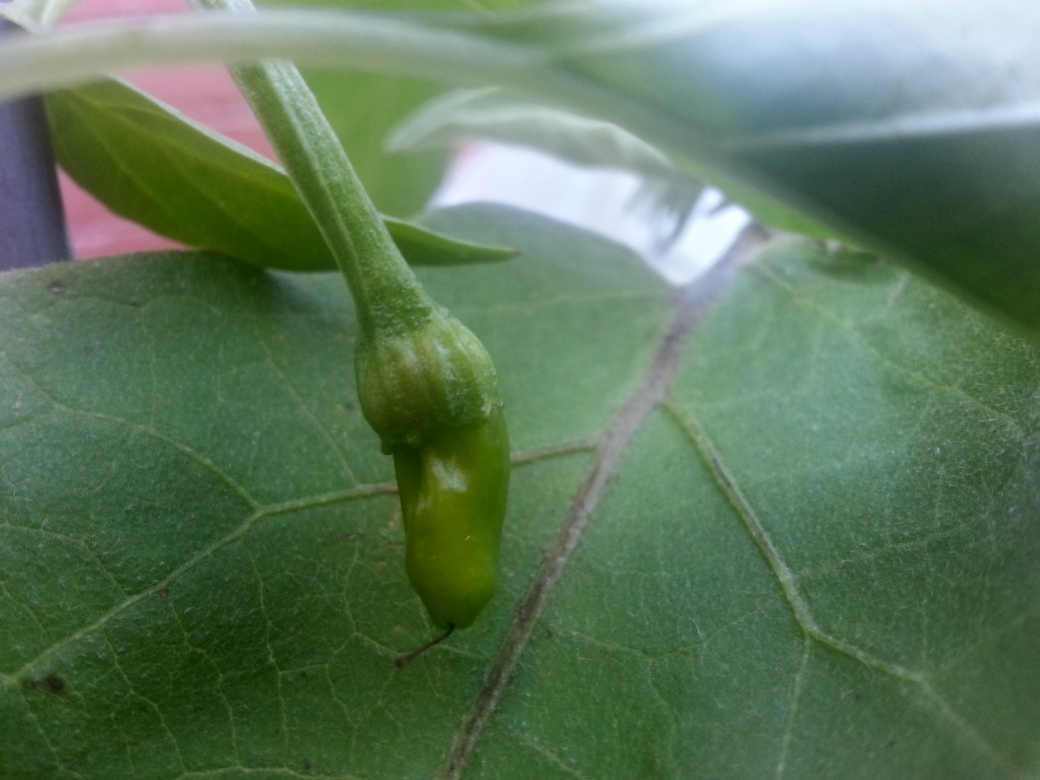 I even have a brand new baby pepper.

3 thoughts on “The Tragedy of the Hoop House”