Welcome to the final installment of Maple Syrup on the Baessler Estate, a chronicle of our journey to my childhood home in Pennsylvania to make maple syrup. You can read parts One and Two here.

After visiting my cousin’s professional operation, we returned to my house to finish the day’s work. While we were gone the two pans boiled down enough to be combined into one.

We continued to let the sap boil for about as long as it took to roast and eat some hot dogs and get frustrated with a crossword puzzle. It’s all about precision timing.

Once time was up, Ben and my dad moved the pan from the fire. It’s much easier to work away from the smoke.

Next came the filtering. When you’re boiling outside in a big open pan, you’re likely to get – for lack of a better term – bits. Sticks, flakes of ash, sediment from the sap buckets, and other unsavory things might be floating in the syrup. My dad transferred some of it to a bowl.

And ran it through a cloth into another bowl.

We then ran it through a second filter. The filters in this case are old tie dyed napkins from my childhood.

We collected the clear, filtered syrup.

And hung out the filters to hose them down. My mom was a big fan. 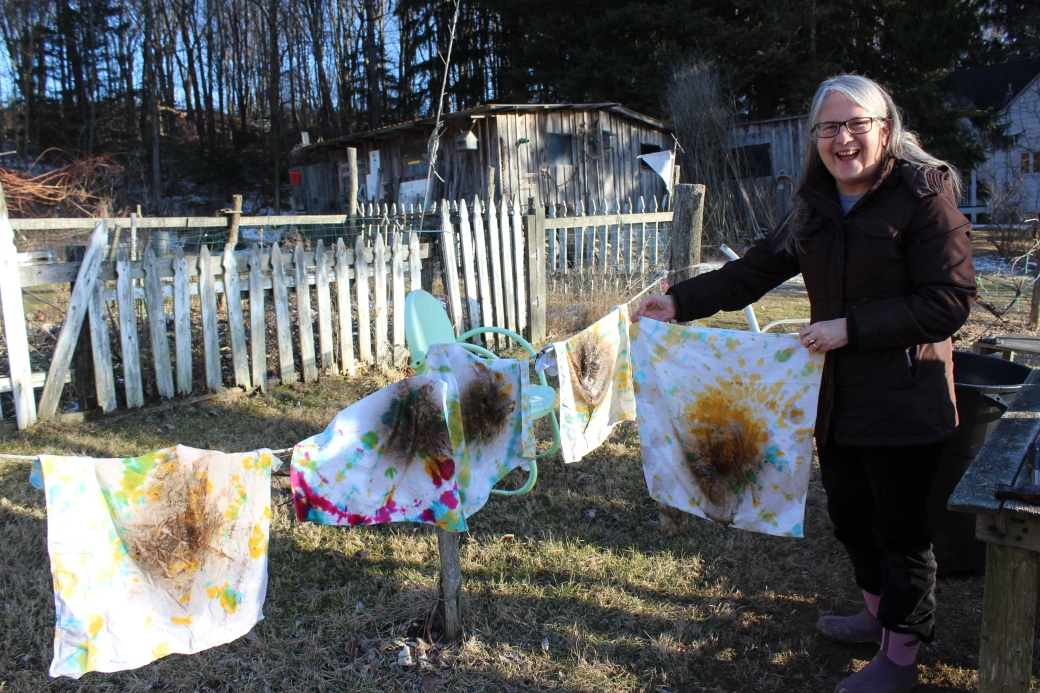 Finally it was time to put out the fire. We pushed away the cinder blocks so they wouldn’t shatter with the sudden cold water, and doused the whole area.

The next morning the syrup was still a little runny, so my dad boiled it down more on the stove. Once it had reached a good consistence, he canned it in quart jars.

For all that work, we got six quarts, or a gallon and a half of syrup. 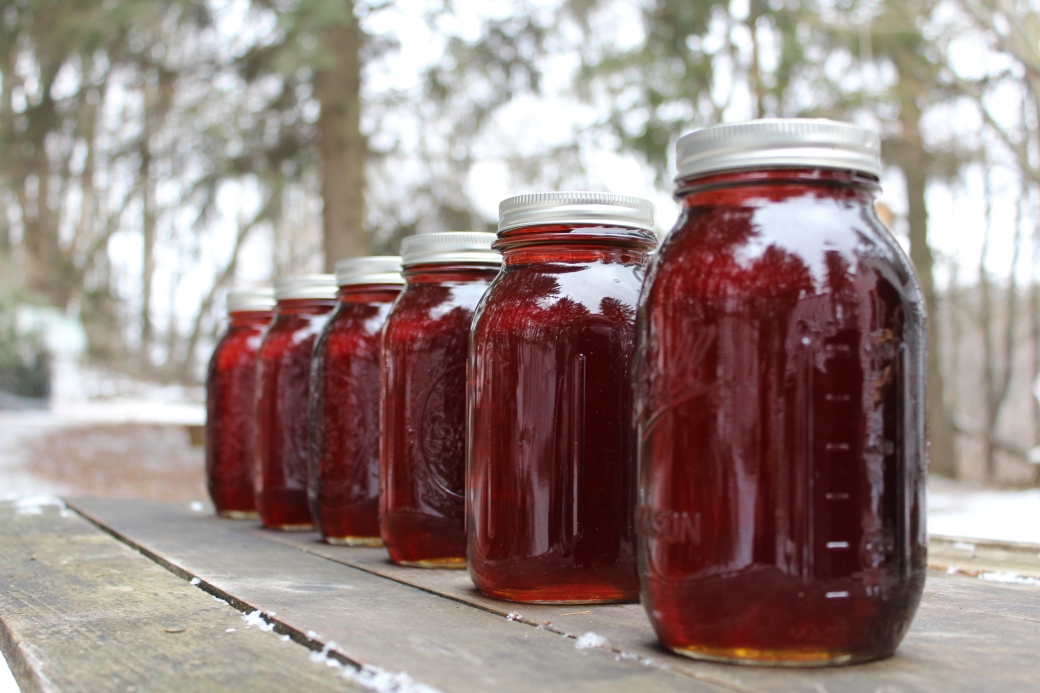 While the jars cooled outside, we made another batch of pancakes and enjoyed them with some more of last weekend’s syrup. 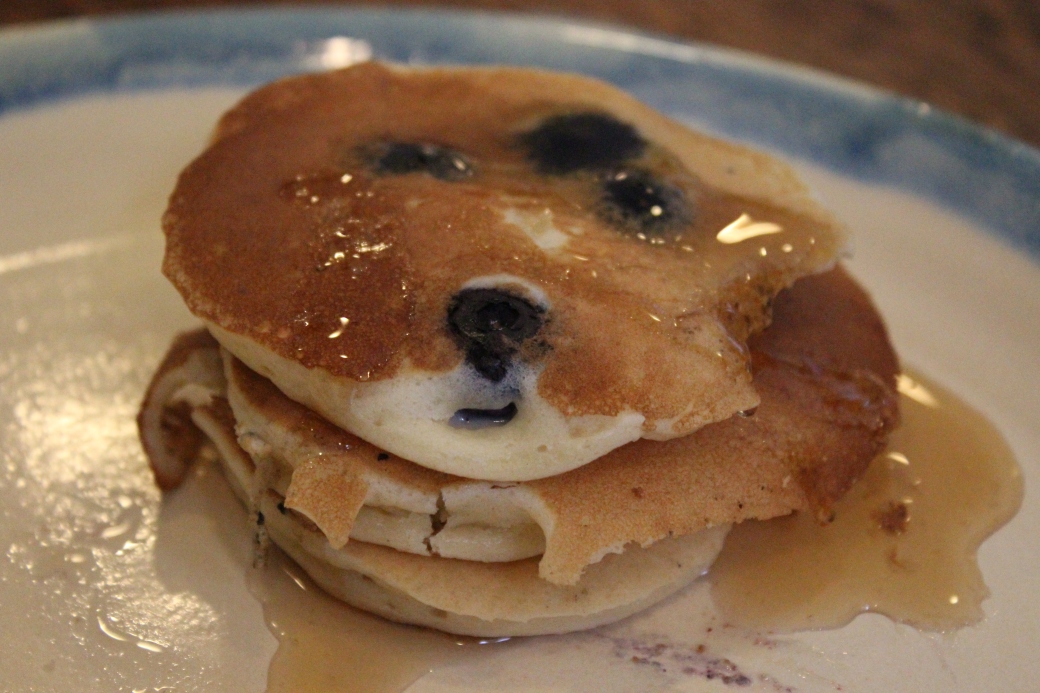 All in all, it was a rousing success! There was some talk about how maple syrup ever became a thing, considering the time, investment, and resources involved. Since we’re not scraping out a living in the Big Woods, though, it makes for a fun weekend and a yearly savings on the order of tens of dollars. 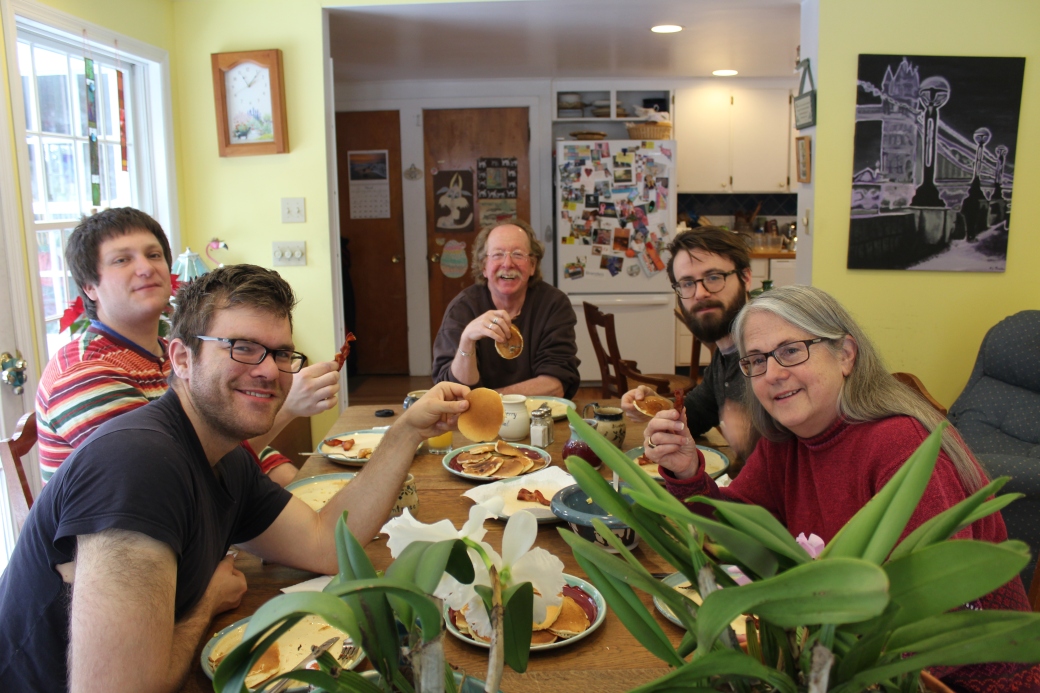 And a pretty cool blog topic.

3 thoughts on “The Final Syrup”