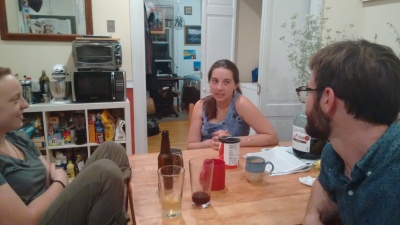 The wines are resurfacing! For the past month or so, they’ve been bubbling and settling away in the cellar. Every now and I again I check on them to make sure they haven’t exploded and created an ant paradise. Since I went through such a wine frenzy, everything was brewed at roughly the same time. Meaning everything has to go through its next step at roughly the same time. Meaning now!

I dragged everything upstairs and we had a Grand Tasting. Most of the wines just needed to be racked, but how can you not taste a little bit? These are our findings.

Rhubarb Wine: Still looks like dishwater, but not unpleasant. I have hope for this one. I racked away a lot of lees, so I can imagine it clearing up some day. The taste is basically unchanged. 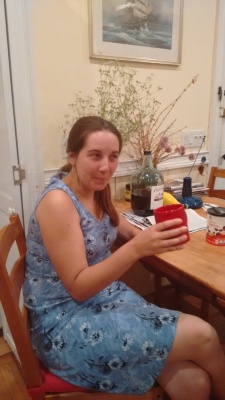 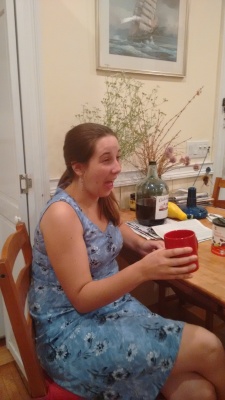 Grapefruit Wine: Close to undrinkable. To be honest, the main problem with the grapefruit wine is that it tastes so much like a grapefruit. I’m not sure what I expected in that regard. I’ve been picturing something light and crisp and sweet, more with the fragrance of grapefruit than anything. And that still may be achievable, with a lot of ageing and a lot of back sweetening. This wine has such an edge to it, I can’t imagine it would be any fun to drink dry.

Blueberry Wine: A strong contender. This was one of the house favorites. It’s got a very distinct blueberry flavor that borders on being too tanniny. There was a huge amount of sediment in this one, and I had to make up for the missing volume with water. It’s so dark and strong, though, even with the added water, that I think it’ll be alright. For the future, though, I need to invest in some glass marbles for bringing up volume. 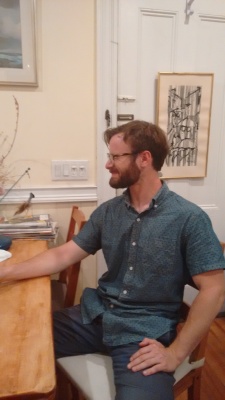 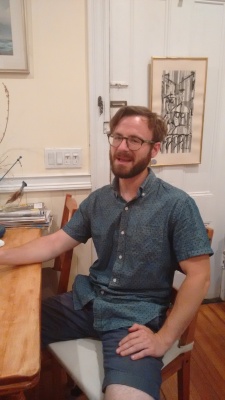 Elderberry Wine: Basically vinegar. I don’t know where I went wrong with this one. I had such high hopes for it when I racked it the first time. It was dark and raisiny, by far the closest thing to grape wine I’ve made so far. But something has obviously changed between then and now, most likely one of those stray foreign yeasts I’m always sanitizing against. Everything I’ve read has said that if you do one thing right, it should be sanitizing. I try to sanitize faithfully, but I do have a cat and roommates and a kitchen that’s far from spotless. At my level a bad wine now and again may just be par for the course. The recipe I’m following does say that this wine improves with age, so I’ve racked it and put it back in the cellar in the hopes that the long road to improvement includes an early vinegary phase.

Mead: Genuinely good. I started the mead and the strawberry wine earlier than than all rest and had racked them both once already. According to my recipes, this meant that I could bottle them or let them age, depending on my tastes. Mead apparently gains a lot more complexity if you age it, and some people whose blogs I’ve read wouldn’t dream of drinking mead that’s under a year old. I’m new to this, though, and impatient. And the mead was really very good. So I decided to bottle it! I can always make another batch and age it for longer to do a comparison.

My only complaint with the mead was that it was very dry. I like sweet wine, and the flavor of honey especially feels disjointed to me when it’s not accompanied by sweetness. Everyone who tried it said they liked it just the way it was, though, so I split the difference. I siphoned the whole carboy off into a bucket and added some Sodium Metabisulfite and Potassium Sorbate to inhibit any remaining yeast. This is absolutely necessary if you’re back sweetening with honey, but I’m paranoid about exploding bottles and figured it couldn’t hurt for my unsweetened batch, too. 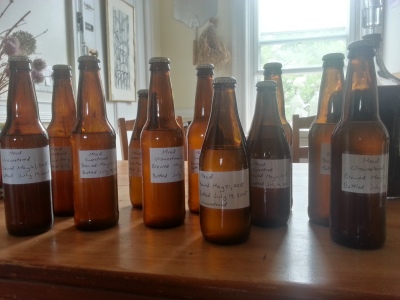 I filled five bottles with the unsweetened stuff. Maybe I’ll hide one of these bottles from myself in the cellar to see how it ages. To sweeten the rest of the mead, I just added honey, stirred, and tasted until I was satisfied. I’m really happy with the result. It has a strong alcoholic body to it, with a sweet finish. It’s very obviously made of honey. And the alcoholic body is strong. Back in May I was too eager to get started to take any hydrometer readings (something I will be doing from now on), but I wouldn’t be surprised if the alcohol content is at or over 20%. I’ve put it in beer bottles with the idea that they can be shared or portioned out over a day or two like wine bottles. Or drunk by one person after a particularly hard day.

Strawberry Wine: Also good. I’m so happy my bizarre sprouting wine has come out okay. Over the past month it’s settled beautifully and really cleared up. It has an amazing summery smell. According to the recipe, it can be bottled very young, so I took the same tack as with the mead and back sweetened it to taste with honey. Since this batch had been downsized to a half gallon that still produced a lot of sediment, I got only six beer bottles’ worth. 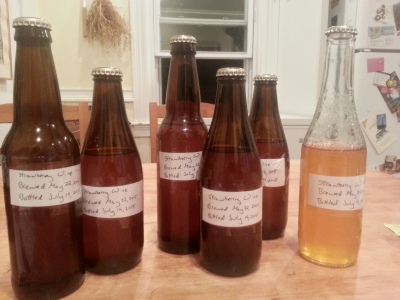 I like the look of a hodgepodge of saved bottles, and I even threw in an old Jarritos bottle to show off the beautiful clear blush. I chose to use beer bottles because this wine, too, is incredibly boozy. I have an open bottle in the fridge right now that I’ve been nursing over several sittings, like a liqueur. My only regret is that I think you can taste the fact that I used grocery store strawberries that had been shipped from who knows where. Sweet as it is, I think there’s a noticeable undertone of that white, foam-like core you get in big, under-ripe strawberries. I’m going to hunt down some farmer’s market berries and attempt another batch, because I think it could be really great.

3 thoughts on “Wine Successes and Unsuccesses”